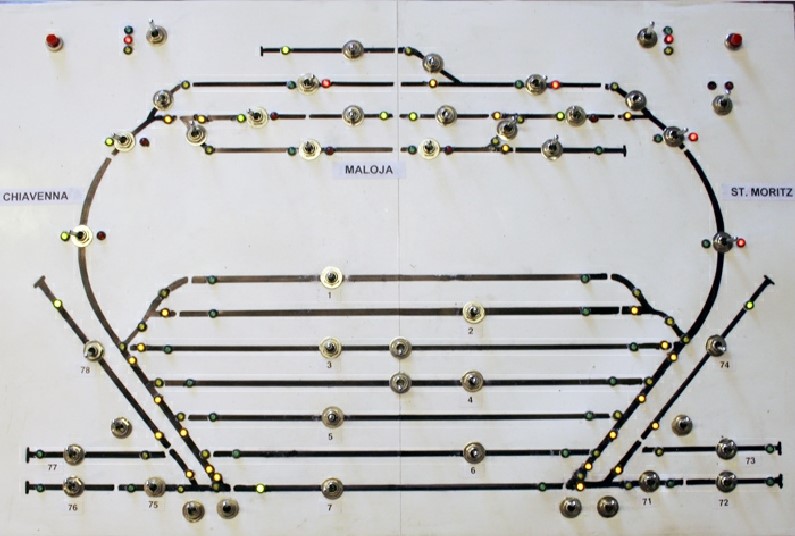 This is a photograph of the new control panel. There are two controllers and any section can be controlled by either one via a three-way switch (centre off) and indicated by green or red LEDs. The point direction is indicated by the yellow LEDs. These are switched by auxiliary contacts on the point motors. The fiddle yard tracks are connected to either the St. Moritz or Chiavenna ends by three way switches (centre off) and these set the appropriate points automatically. The signals are set by the push buttons – top left and top right and remain set to green until power is applied to the track; a timer is then started which turns the signal back to red. At the St. Moritz end it also starts the level crossing barrier sequence. The signal does not change to green until a second or so after the barrier has operated. These remain operating until the train passes an optical detector. This detector also starts the level crossing lights flashing for a train approaching the station, these remain on until a timer expires. A later modification allowed through running on all fiddle yard tracks not just tracks 3 and 4 and the addition of a couple of Bemo electric uncouplers. 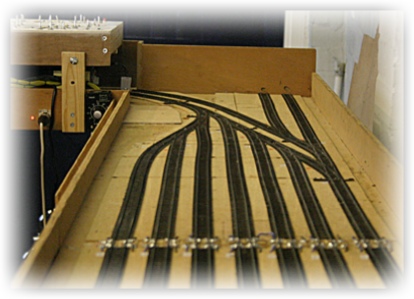 Theses two photos show the fiddle yard, looking in the St. Moritz direction. The control panel can be seen sitting over the track. 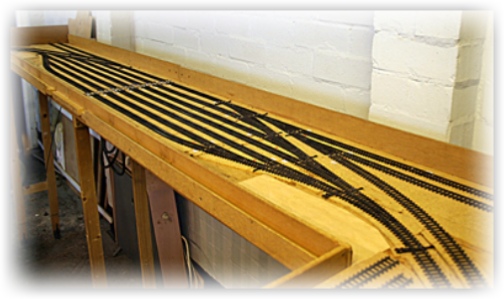 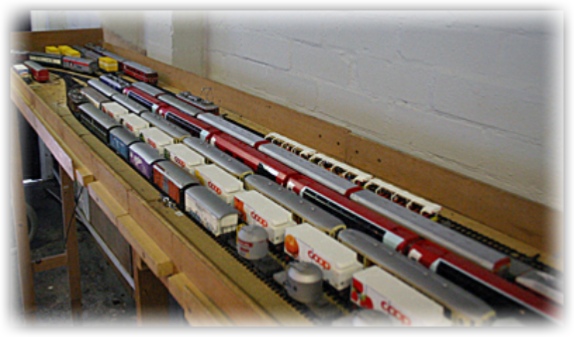 Here we see the fiddle yard set up for an exhibition complete with stock, the mixed goods is on track 1 and the Rail- Rider on track 6. 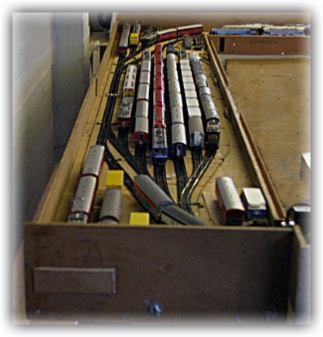